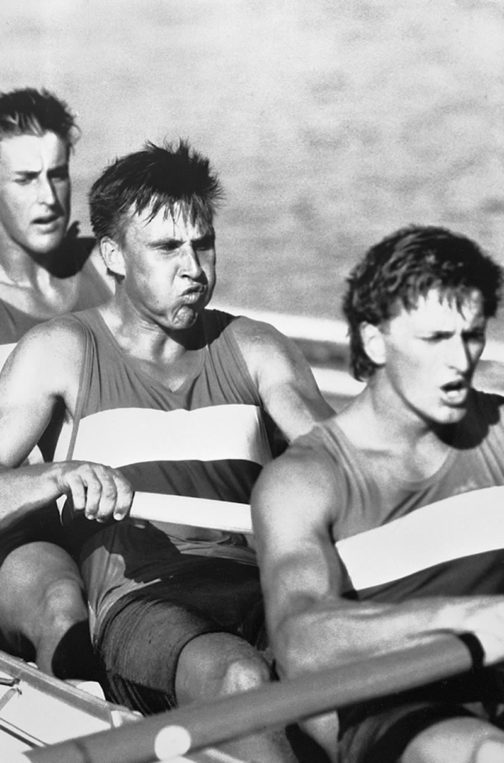 After first representing the ACT in hockey and competing in tennis championships, James commenced rowing as a member of the Telopea Park High School crew in 1976, and was invited to join the East Men’s Eight.

In 1982 James was selected to represent Australia as stroke of the Junior World Pairs in the World Championships. At this time he joined the Canberra Rowing Club, which later, in recognition of his major contribution, gave his name to their new boat.

His long career as a sweep oarsman culminated in 1986 when he won gold in the Commonwealth Games, gold at the World Championships, and gold at the Lucerne International Regatta. In 1988 he represented Australia in the Seoul Olympics finishing fifth in the Men’s Eight.